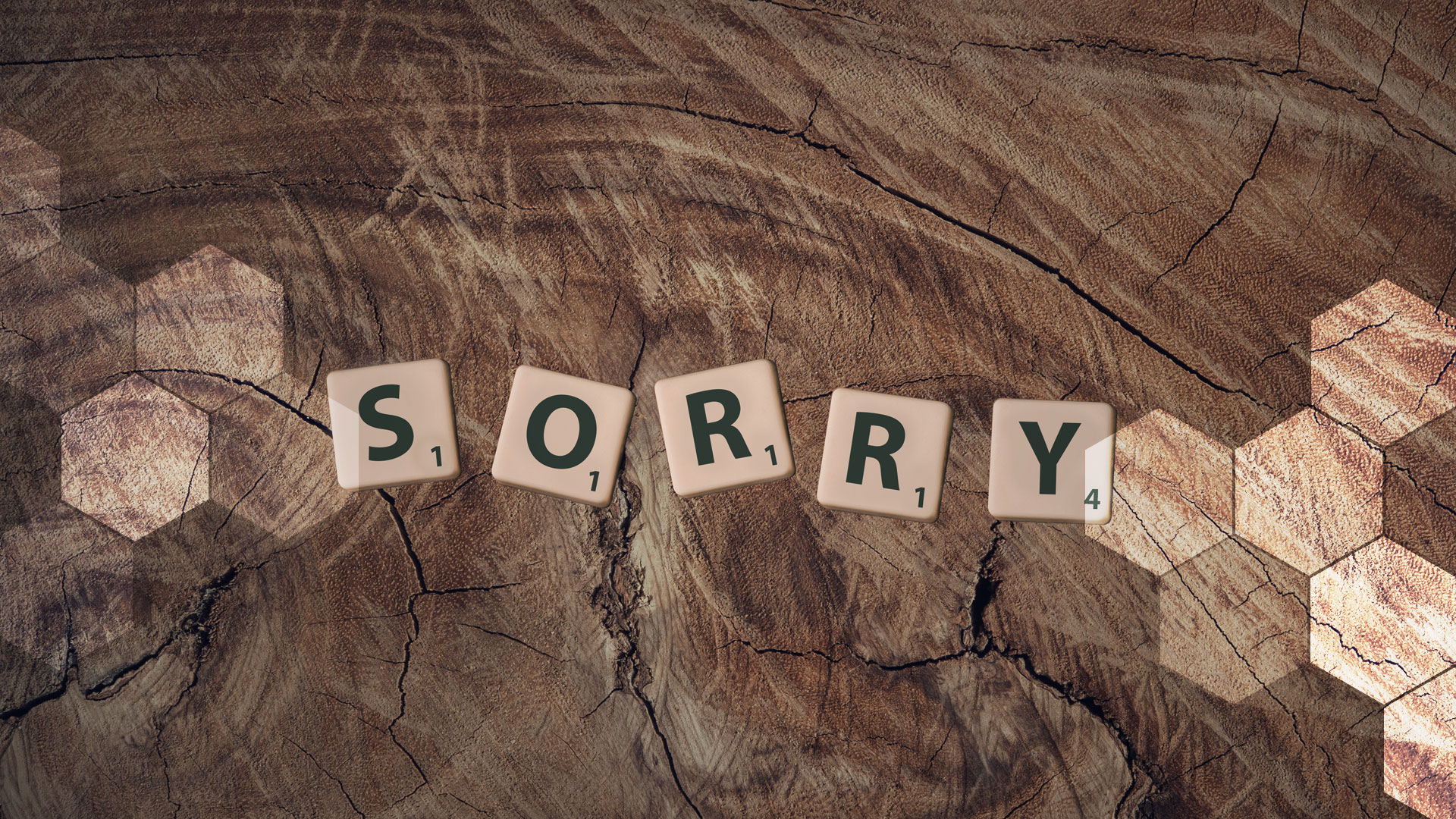 It is hard, no doubt, but the perfect service apology is not impossible.

Well now you have gone and done it: you’ve pi— uh, angered, a client. Worse yet, it is totally your bad – and there is a chance you might lose business over this.

Relax. You’ve got this. You can reel Mr Angrypants back in – as long as you do it with the Power of Science.* Combining the headline results of two pertinent studies on apologizing, we can arrive at a pretty simple rubric for the core of an effective sorry: use an (honestly) empathetic approach; acknowledge responsibility, and pledge to set things right.

Let’s do this thing.

The cutting edge of contrition

The first study we perused – published in the journal Marketing Letters – deals with approach. According to the research, empathy, intensity and timing play pivotal roles in the reception of an apology, with empathy called out as the most significant factor.

The second study, this one published in Negotiation and Conflict Management Research, provides a set of six concrete steps that make up a sort of Platonic ideal of apologies: express regret; explain how things went awry; accept responsibility; offer to rectify the issue, and ask for forgiveness. Accepting responsibility and making a concrete promise to solve the problem were the two steps deemed most indispensable.

Now let’s break it down.

Although some interesting research into the act of apologizing indicates that it’s often better to delay a mea culpa, that’s in the case of personal relationships. When you’re talking service issues, you want to get on top of things in as short a time as you can – according to a study by the Catholic University of Eichstätt-Ingolstadt in Germany, delaying an apology has a markedly negative effect on its reception.

tl;dr? Get on it snap-snap.

No, make it real and make it personal. Say sorry like you would to a friend or colleague, and say it straight from your own heart, not from the company’s.

It doesn’t make things right, right? But it burns real hard when somebody who’s done wrong by you plainly doesn’t give a half-shaved shenanigan. So let your client know you’re feeling bad about the blunder. You wish you could find that reality-rewind button. You can only imagine how much pain/frustration/etc, etc. Y’know.

By no means are you out of the swamp yet, but hey, at least your client knows you didn’t mean to wonk out like that. (You didn’t, did you?)

Put on your explanation hat

Now’s when you let your client know that you know exactly what went wrong – and how you’re going to make sure it doesn’t happen again. Because if they don’t know why things went wrong, you can be sure they’ll be thinking up their own reasons. Those reasons are probably way less flattering than the truth.

More importantly, if they don’t know the square of it they’ll have no way to gauge the likelihood of another spill. It’s hard to maintain general faith in a fallible system when you can’t see under the bonnet. The remedy is simple: pop the hood and show them where things went bent.

We’re not talking about excuses here, either; this is an honest and open information-sharing session. State the facts behind what went down. Don’t put any spin on it – keep it simple and keep it neutral.

Take it on the chinny-chin

Unless there are compelling legal reasons not to, just fess up. Heckles, even if there are, find a way to do it that limits your liability. Admit the fault is yours. Say all that obvious stuff like ‘I accept responsibility.’

Shh, no – just do it. If you’re frank and forthright and some other cool word beginning with the letter ‘F’, the chances are better than good that your client shall look upon thee with newfound respect. And who wouldn’t want that?

Offer to make it up

Talk has always been cheap – but these days? These days there’s so much of it that it’s not just cheap, it’s basically free. And not free as in beer, either; it’s more like free as in pestilence.

That’s a bit harsh, fair enough. But you can see where we’re going with this, right? All that kowtowing is really just a framing device, a chance to set the record straight while you set the wrongs aright.

What does this mean, exactly? Doing something concrete is what it means. Screw up a delivery? Send them a voucher. Server went down in the middle of a business day? Discount their subscription for a month. Overcook a steak? Give them a complimentary drink (a good one, mind), or comp their next meal.

Look, we realize it’s not always possible to make amends. But if it is, well, let’s put it this way: without this crucial ingredient, your apology soup is just an overhyped bowl of salty water. (Whoa, metaphors are hard okay?)

We know what you’re thinking: wouldn’t it be a little brazen to ask your client for something at this point? It would be if that something wasn’t called ‘forgiveness’.

You’ve regretted, explained, reproached yourself and offered to make it up. Nice. Now it’s time to be upfront with what you want out of this all – a second chance.

If you’ve gone about everything with the empathy of a Buddhist monk on a certain variety of shall we say ‘street supplements’, your client will almost certainly be in a mood to grant you amnesty.

And if they don’t? Then let’s face it: if an apology as iron-clad as that failed to deliver, chances are nothing would have.

This one’s a bonus, to be sure, but hey why not? Let’s say your outrageously magnificent apology skills mollified the living blazes out of your client. They’re back on board, slapping you with a second chance so hard it stings (but in a good way).

Now here’s the salt: give it a little time, say a month, then send your client a little something to say thanks for that second chance. Flowers. An online shopping voucher. Anything. Just make sure it’s both of two things: surprising, and at least a little delightful.

You, dear reader, may wipe your brow: you’ve got this taped. Now go forth and apologize.

(Got any Jedi techniques of your own in this mystical art? Let us know in the comments.)

* Disclaimer: we’re going to assume your company is loveable at heart and not, say, a monstrous quasigovernmental telecommunications organization that breaks hearts and murders dreams a thousand times a second with its fell bureaucratic tentacles. If that’s the case, well, frankly, we have no idea what to say to you.